Sorry for the lack of updates in the last few days, I’ve been working hard behind the scenes at CD Torrevieja, the FM Family football club here in Spain. Quick plug, if you want to know more about how you can get involved with a real professional football club that is linked to Football Manager, let me know. Welcome to season two, I am really excited. Having won promotion with Guildford City in the first season employing my “Soccernomics meets Moneyball” strategy I cannot wait to get my teeth into our Ryman Division One South campaign. We were the runaway winners of the Combined Counties League and the 14 of the 17 man squad have been retained for this season, consistency and stability being current buzzwords at The Spectrum.

Pre-season has been tough fixtures wise. Ten games were packed into five weeks, all of which against football league sides including Aston Villa, Brighton, Birmingham, Blackburn and Bolton to name a few, have resulted in no wins, many batterings and not as much in the bank as I initially hoped for.

The loan market has been nicer to me, I have been able to pick up four players with zero outlay on wages. I have brought in Keshi Anderson from Palace, a striker, Aaron Moody, a goalkeeper from Swindon, Amos Nasha, a defender/midfielder from the Hammers and Isaac Galliford, a midfielder from Luton Town. Annoyingly, both Kesh and Nashy have picked up twisted ankles and are out for 8 weeks! Well, at least they are not costing me any money. I’ve not made any permanent signings as nobody, quite frankly, had felt like good value for money in terms of wages.

Before we start the season, what has been going on in English football? Well, having won the FA Cup Harry Redknapp called it a day. Newcastle, shockingly, don’t seem to be in financial ruin following a dose of ‘Arry, whatever next? AVB is back on English soil as his replacement. I think his stylish suits will be somewhat lost on the average Geordie. How can I best summarise the transfer movement in the summer. Ok, here goes. Chelsea have strengthened their Premier League winning squad by adding Aboubakar from Porto for £13.75m. Being in the lower leagues, I know little about him so he could be as much Fernando Torres as Diego Costa to me. They offset this by releasing a load of kids, but also by selling Bamford to Stoke for £1.1m, Van Ginkel to Valencia for £2.5m and Marin to Southampton to £3.4m – all of which seem like incredible value for the buying party. The chasing pack have all spent some cash. United finalised the deal for Falcao at £41m after he scored 27 last season. They also paid Newcastle £18.75 for Janmaat, typical Mike Ashley. They recouped £15m by selling Rafael to PSG and then £1.7m by flogging Lingaard to newly promoted Reading. City have gone bananas buying Eriksen from Spurs, Vietto from Villarreal, Ricardo Rodriguez from Wolfsburg and Haan from Gladbach for a combined £70m. They tried to balance it with the £30m from getting rid of Negredo, Sinclair and Nastasic. Liverpool have signed Gervinho to be their new pin up boy after Gerrard has gone and Arsenal seem to have got the best value in bringing in Insigne, Odegaard and Criscito for a total of £41m. Others have been bought and sold, the other real stand out deal being Benteke jumping the relegated ship and joining Spurs for £8.5m. Loan deals are always interesting, West Ham have picked up Origi from Liverpool, Newcastle have got Lucas Piazon from Chelsea and Everton Carl Jenkinson from Arsenal. Players looking for a job include Crouchy, Micah Richards, Carlton Cole, Kolo Toure, Tom Cleverley and Rio Ferdinand. None wanted to come to City. Stuff probably happened in the Championship but I will not put you through all that!

Nine days out from the opening league game against Walton Casuals I only had 11 available outfield players, four being long term injuries, Big D suspended and Mitch only 50/50 to be fit in time. The scouts didn’t have anyone to recommend, so it was back to frantically looking for loans. Everyone I went for was rebuffed, clubs wanting their players to play with players of a higher quality. The day before the trip to Walton Mitch was declared fit, so I would have at least one outfield player on the bench. Henners, who I am training to be defensive cover anyway, dropped into the back three and Whytey moved into the enganche role. It was fair to say we looked a little rag tag for our Ryman debut.

If I was worrying whether Whytey had the vision to play behind the front three he proved me wrong. A clever little dink through to Reecey led to the first goal, hopefully of many, this season. Reecey was in the the action again, getting clattered for a penalty. Their lad was rightly sent off, happy days. Wardy slammed home the penalty. Early in the second half Ossie opened his account, tapping in from a short corner. They got one back, but we were still looking good. Gally got his first for the club from another short corner and we were motoring, to use a Ford cliché. Whytey made it five but we conceded a sloppy one late on. Still, a great start to the season, five goals in the bank.

Next up were Hythe at the Spectrum. My plan to fill the stadium through pre-season with big name friendlies in a boost to sell more season tickets worked a treat, we went from 25 to 27. Exciting times at City! This town seriously needs a rocket up it’s backside. The Wednesday fixture was just about enough time for the lads to recover and I was back up to two outfield subs with the return of Big D, meaning Henners was dropped to the bench. At the least the lads get some elbow room on there.

Hythe had won their first game 4-2, and we huffed and puffed a bit to break them down in the first half. We managed it though, Reecey getting ahead of his man to power home Ossie’s cross. The floodgates suddently opened and Whytey doubled the lead moments later. I sent the boys back out after half time with their minds clear and It seemed to benefit them, Ossie making it 3-0 after I had switched to “contain” to see the game out. First clean sheet of the season and a very solid start.

We travelled to Faversham a few days later, a beautiful name for a football club which sounds like it should be set in a Jane Ayre novel. We had recovered pretty well, so I named an unchanged eleven. Despite dominating the first half we were unable ot break through, so I reminded the lads of their responsibilities at half time. Did they listen? Did they hell. Five chances to clear the ball were not taken and we were 1-0 after 47 minutes. As often happens, Blakey took us by the scruff of the neck and dragged us back into the match, laying the ball off to Gally who scored from twenty yards. That’s how it ended, 1-1. Slightly frustrating, but we did play fairly well.

It was another quiet week of training in the Surrey suburb and I named yet another unchanged eleven for the visit of Peacehaven. Twelve minutes on the clock and Ossie picks the ball up in space. He drives at their back four and unleashes a wonderful strike into the top corner. A fine goal, 1-0 City! Peacehaven were on to our short corner routine, so Blakey swung one in a bit deeper, Wardy headed down to Gally and bang, 2-0. This lad has slotted in brilliantly. We sat back for the second half, I was keen on another clean sheet and Ossie scored a great goal on the break, arriving at the near post, controlling, spinning and finishing. 3-0 was another solid win for us, I was happy.

A quick aside, for everyone that thinks a player’s attributes are the only way of judging a player – Ossie, is a retrained midfielder with finishing of 5 and composure of 4 and a third of a yellow circle as a trequartista has just netted his 31st goal in 44 games for me – why? He averages 5 shots per game, and over 50% of them are on target. Harry Kane averages 3.19 shots and 59% accuracy in real life, Aguero 4.43 and 53%. A good example of my “Soccernomics meets Moneyball” approach. See, I do understand this game from time to time.

Chipstead were next to the Spectrum. Again, and despite the young loan ‘keeper Moody demanding a game, moodily, I named an unchanged side. Ossie doesn’t just score, he creates. He dribbled beautifully before releasing Reecey and another quality left footed cross was headed home by Eddie just before half time. He did score though, Reecey winning the ball from his marker and putting the lad clean through, one touch later and it’s nestled in the back of the net for 2-0. Reecey then got the goal he deserved, and with an hour to go I switched to contain fancying another clean sheet. As expected, we closed it out brilliantly. In the first five games we had scored 15 and conceded 3, lovely.

So that was August from our point of view, what about in the glamour leagues? After three games, Watford and Palace lead the way with 100% records. Watford’s is very impressive, beating Liverpool and Spurs, then stuffing Sunderland 4-1! Burnley are bottom without a goal or a point. Bamford has settled at Stoke, 3 goals in his first 3 games. In the Championship, Middlesboro lead the way after 5 games. Relegated Hull are near the relegation zone again, Villa are tenth and Southampton seventh. Bournemouth got through the Europa League qualifiers comfortably and have been rewarded with a group consisting of Porto, Roma and Panathiniakos – but Eddie Howe isn’t leading them as he went to West Brom. Bournemouth’s European master? Ian Holloway!

In the next update I will take us through September and some of October no doubt. I am not sure if we are in the FA Cup this season, we really should be. Maybe still the Vase too, I have no idea. My competitions screen is actually showing neither, so who knows! 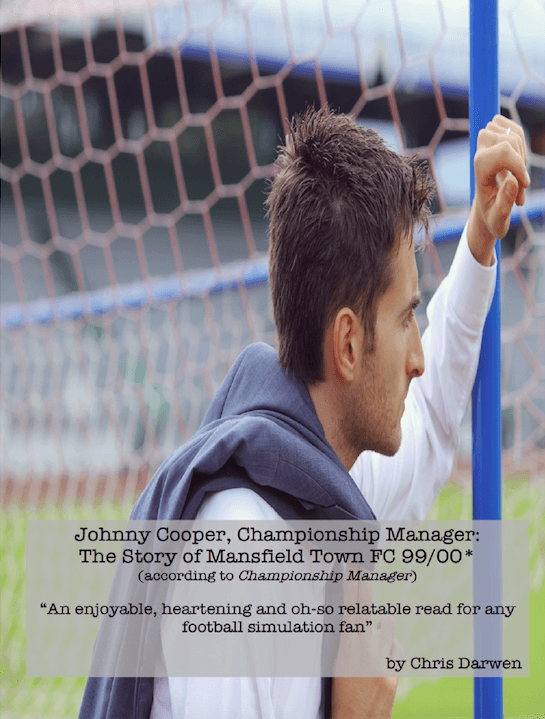 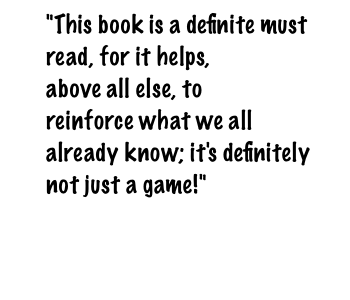 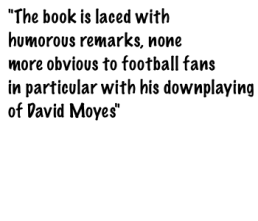 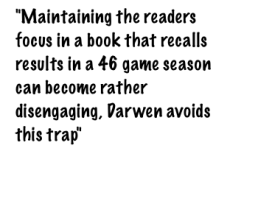 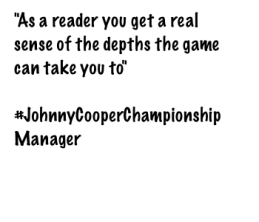 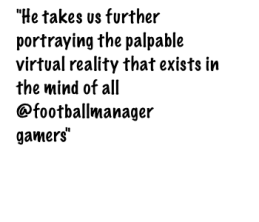 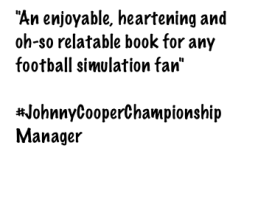 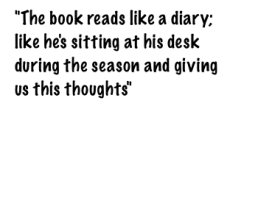 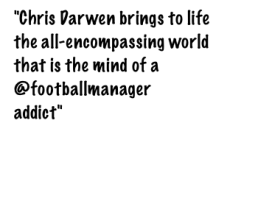 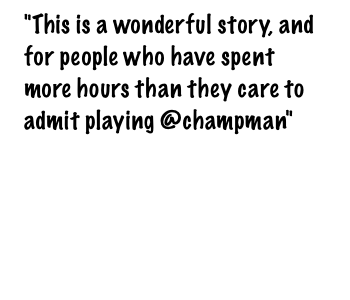 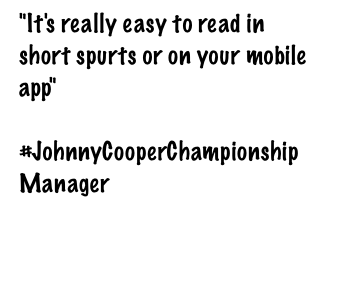 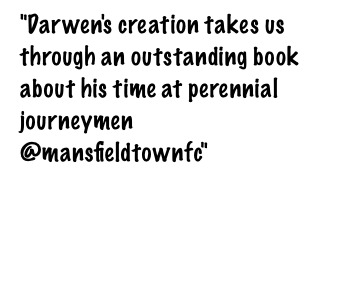 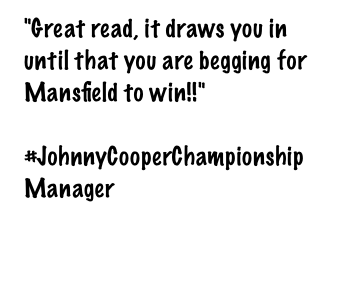 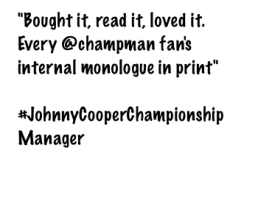 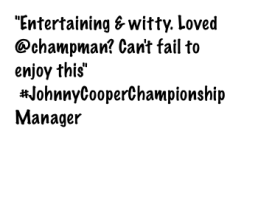 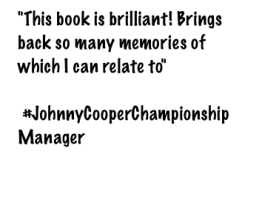 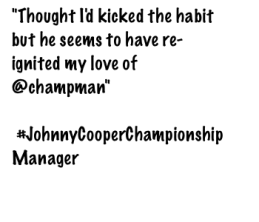 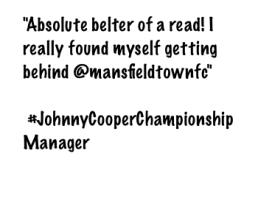 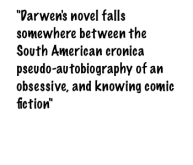 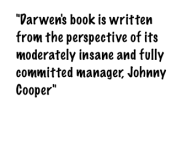 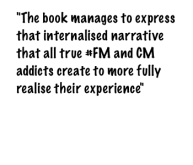 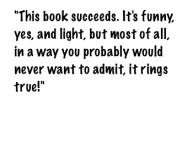